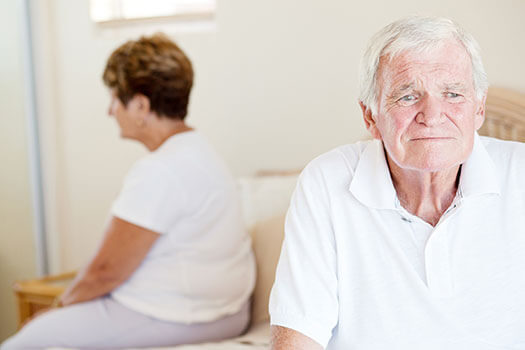 Dementia is a set of symptoms that can be caused by many different diseases. Most cases of dementia can’t be reversed, but some seniors can minimize the symptoms with various treatments and therapies. Experts of home care, Edmonton families can rely on, discuss six of the most common forms of dementia and a few steps family caregivers can take to manage the symptoms.

Most doctors agree that around 70 percent of all dementia cases are caused by Alzheimer’s disease. There are many early warning signs to keep an eye out for, including apathy, forgetfulness, depression, difficulty eating, and general confusion. Some symptoms can be delayed with cognitive training, prescription medications, and healthy lifestyle habits.

The days, weeks, and months following an Alzheimer’s diagnosis can be challenging for both seniors and their families. However, these challenges can be made less stressful with the help of caregivers trained in professional Alzheimer’s care. Edmonton, Alberta, Home Care Assistance is here to help your loved one enjoy the golden years while simultaneously managing the symptoms of Alzheimer’s.

DLB is a type of dementia similar to both Parkinson’s and Alzheimer’s disease. It accounts for just over 10 percent of all dementia cases, and it is often mistaken for other diseases. Seniors who have DLB should follow a rigorous exercise regimen to delay the tremors and increase their overall mobility. Cognitive symptoms such as sudden mood swings can sometimes be mitigated with antipsychotic medications.

A stroke could cause excessive bleeding in the skull, which leads to a condition known as vascular dementia. Much like Alzheimer’s disease, vascular dementia is characterized by memory loss, personality changes, and apathy. Numerous treatments can reduce the symptoms of vascular dementia, but most doctors focus on treating the underlying health complications that caused the stroke in the first place.

Seniors can delay the onset of dementia and other types of cognitive issues by making healthy lifestyle choices. If your elderly loved one needs help maintaining healthy habits, consider hiring a professional elderly caregiver. Edmonton families can rely on Home Care Assistance to provide dedicated and compassionate in-home caregivers who are trained in our holistic Balanced Care Method, which was designed to encourage seniors to exercise often, eat nutritious foods, maintain strong social ties, and focus on other lifestyle factors that promote longevity.

Pick’s disease is one of the most unusual forms of dementia, and it is characterized by a lack of inhibition. Seniors who have Pick’s disease often engage in compulsive and inappropriate behavior such as groping or making lewd comments. Some of these behavioral issues can be managed with antidepressant and antipsychotic medications. In the early stages of Pick’s disease, seniors can benefit from regular counseling sessions.

To create new memories and recall past experiences, the brain requires nutrients such as thiamine and folic acid. When a long-term nutritional deficiency remains untreated, it can cause irreversible damage to the brain. Seniors who have Wernicke-Korsakoff syndrome tend to develop severe memory issues, but their social skills usually remain intact. Treating nutritional deficiencies is one of the best ways to manage the symptoms of Wernicke-Korsakoff syndrome.

Dementia is a serious health issue, but it is not the only medical condition older adults are susceptible to. Seniors can face a variety of challenges as they age, many of which can be mitigated with the help of professional in-home caregivers who provide high-quality elderly care. Edmonton families trust in Home Care Assistance to help their elderly loved ones age in place safely and comfortably. Whether your senior loved one needs minor assistance with daily tasks or extensive 24-hour care, call us at (780) 490-7337 today.