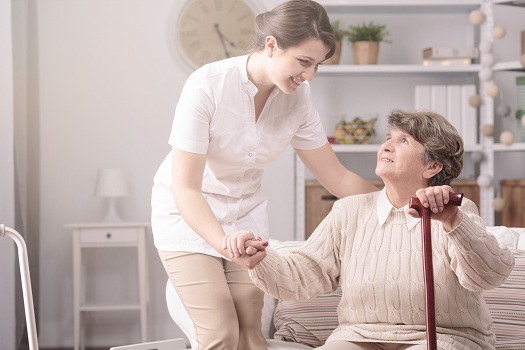 More than 100,000 Canadians live with Parkinson’s, and more than 6,600 new cases of the debilitating disorder are diagnosed every year. The disease process develops in the substantia nigra region of the brain, where dopamine-producing neurons begin malfunctioning and eventually die. Without sufficient levels of dopamine, seniors lose control of their motor functions. While physicians remain in the dark as to the precise reason Parkinson’s disease occurs, they have a number of theories revolving around contributing factors.

Approximately 15 percent of people with Parkinson’s have a family member who also developed the disorder. Having a parent or sibling with Parkinson’s increases the likelihood that other family members will eventually develop the disease. Geneticists believe the genes in neurons that produce dopamine may have undergone various types of mutations that lead to cellular malfunction. Genetic mutations increase the risk of Parkinson’s by 10 percent. Having multiple types of mutations increases the chance even more.

If your senior loved one has been diagnosed with a serious condition and needs help with tasks like meal prep, transportation, bathing, and grooming, reach out to Home Care Assistance, a leading provider of senior care families can trust. We also offer comprehensive care for seniors with dementia, Alzheimer’s, and Parkinson’s.

The aging process may play a major role in Parkinson’s, as people typically don’t exhibit symptoms and aren’t diagnosed with the disorder before the age of 60. However, 4 percent of men develop the disease before the age of 50. In fact, the disease process is more prevalent in men. Men are 1.5 times more likely to develop Parkinson’s compared to their female counterparts.

There are a variety of age-related health conditions that can make it more challenging for seniors to live independently. However, many of the challenges they face can be easier to manage if their families opt for professional elderly home care. Edmonton families can rely on expertly trained caregivers to keep their loved ones safe and comfortable while aging in place.

Long-term exposure to toxic chemicals may cause neuron damage that leads to Parkinson’s. The long list of suspect chemicals include fungicides, herbicides, and pesticides. Other possible toxins include lead, manganese, and trichloroethylene.

People may become exposed to the chemicals if they’re airborne, in the water supply, or hidden in the ground. Ground-based chemicals leach into the water supply or the grains and produce grown in the soil. When people drink contaminated water or consume exposed foods, they have an increased likelihood of developing Parkinson’s. Military personnel exposed to Agent Orange also have a high risk of developing the disorder.

Some jobs require workers to come into contact with harmful agents. Agricultural workers use a variety of chemicals to enhance crop production. In the process, the compounds might be absorbed through the skin or inhaled. Welders and industrial workers are also exposed to harmful compounds that are often airborne and inhaled.

The presence of Lewy bodies in neurons leads many researchers to believe the lesions have a direct link to Parkinson’s development. The lesions contain a substance known as alpha-synuclein, which plays a role in neurodegeneration by mutating the genes in the affected neurons. The mutations encourage the development of the alpha-synuclein protein and the SNCA gene, which has been associated with familial forms of Parkinson’s. In the areas in the brain where the proteins form, the cells become more susceptible to stress and subsequent neurological diseases.

Providing care for a loved one with Parkinson’s can be challenging. Families who find it difficult to care for their aging loved ones without assistance can benefit greatly from professional respite care. Edmonton, AB, family caregivers who need a break from their caregiving duties can turn to Home Care Assistance. Using our proprietary Balanced Care Method, our respite caregivers can encourage your loved one to eat well, exercise regularly, get plenty of mental and social stimulation, and focus on other lifestyle factors that promote longevity. To create a comprehensive in-home care plan for your loved one, call us at (780) 490-7337 today.